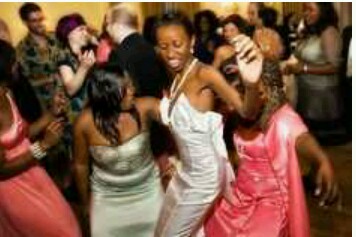 “Dede ,please I need two more plates .”Dede’s Aunt yelled from inside .
Dede was hard at work,as usual,in his aunt’s restaurant. Washing dishes had never been one of his favourite chores but he had no choice.He sat on a low stool at the back of the restaurant. He wiped his brow with his right arm.
A waitress came to the back and took  the two plates from him,deftly rinsed them and went back in as swiftly as she came.
“Dede!!!” A voice called out gleefully from behind.
It had to be Nuna,Dede thought.
He turned,there she was grinning from ear to ear.
“What’s up?”Dede inquired ,getting on his feet and cleaning his hands on a napkin.
“Nothing much.I am fine.”
“You ..uh..look it!”He confessed,looking her over.
Nuna was on a navy  blue jean and a sleeveless red coloured chiffon that revealed most of her back .
“Really?”
He ignored the question.
“What’s the occasion?”
“Don’t I always look good?”She bragged.
Dede snorted.
“Never said so but where are you going to and who is taking you?”.
“Err..Ngozi.You remember her?”
“Yeah”Dede acknowledged and made a face .
“What’s with the face?She is one of my best-friends you know “Nuna emphasized.
Dede shrugged.
“She is too full of herself.”
Nuna tittered.
“I know right..but she is a great girl.”
“Where is she taking you to?”Dede demanded
Nuna’s face brightened.”Her cousin in Banking and Finance just rounded up sha..He and some of his friends arranged a little party …you know.”
Dede rubbed his temples
“I don’t like the whole idea..you,Ngozi and a couple of nameless guys.”
Nuna gave him an icy stare.
“Dede !You do not have any right to tell me where to go oh!! For reminders, I did not come here to take any permission from you.
Dede pursed his lips and sighed.
“I’m sorry. I just care about you a lot.”
“It’s fine” She forced a smile .
His phone beeped,he fished it out of his pocket, dragging a bunch of keys along.
He replaced the bunch of keys back in his pocket.
Both of them glared at the phone. It was a Whatsapp message from Lola.It read;
“Sweetie,Let’s meet up tomorrow instead..xx”
Nuna’s eyes widened.
“Ehen!You did not even tell me you had gone this far oh”
“Non..no.Not at all”Dede stuttered.
” Na so .You have sidelined me.”She sneered.
“You know..She is just a ..err..means to an end.”
Nuna shrugged.”I am supposed to meet up with the girls halfway and its almost time.The money you promised me for the weekend na.”
“Oh yeah” He remembered,taking out his wallet from his back pocket.He handed over some money to Nuna.
She counted the money eagerly.
“Ah!3,500 naira!Dede!You too try!”She gave him a peck on his cheek .
“I like it when you do that,Nuna”. He held her with both his hands affectionately.She pulled away quickly.
“I am not ready Dede”
He nodded.”I am sorry.I really can’t wait for us to be t-together..”
“Me too” she mumbled.She ran a finger down Dede’s arm.”I have to go.I will call you after the party ”
“It’s alright”
He watched her as she hurried off.
“Nuna!Lola’s got nothing on you!”He said loud enough for her to hear. She twirled
,grinned and blew him a kiss.

Rogers reclined on a chair in his sitting room,thrilled that his little party had gone as planned.Thanks to  Jima,Amelia’s boyfriend- the boy’d make an excellent event planner in the nearest future and his other friends.
To his amazement, Lola had shown up.He was happy she honoured his invitation but that was all it was .He liked Lola a great deal but it was evident he had been fighting a lost battle.She seemed in search of something, she herself had no clue about. It had been quite a chase -if he was allowed to call it that  and he had thrown in the towel gladly.
His cousin’s friends had caught his eye at the party.In terms of physical attributes, Lola topped the list but he never believed he’d ever be over Lola and clearly he was.
He’d  put a call through to Ngozi,he was certain now that he’d like to meet those girls again
What were their names again,he thought to himself,yeah..Osaro and Nuna .